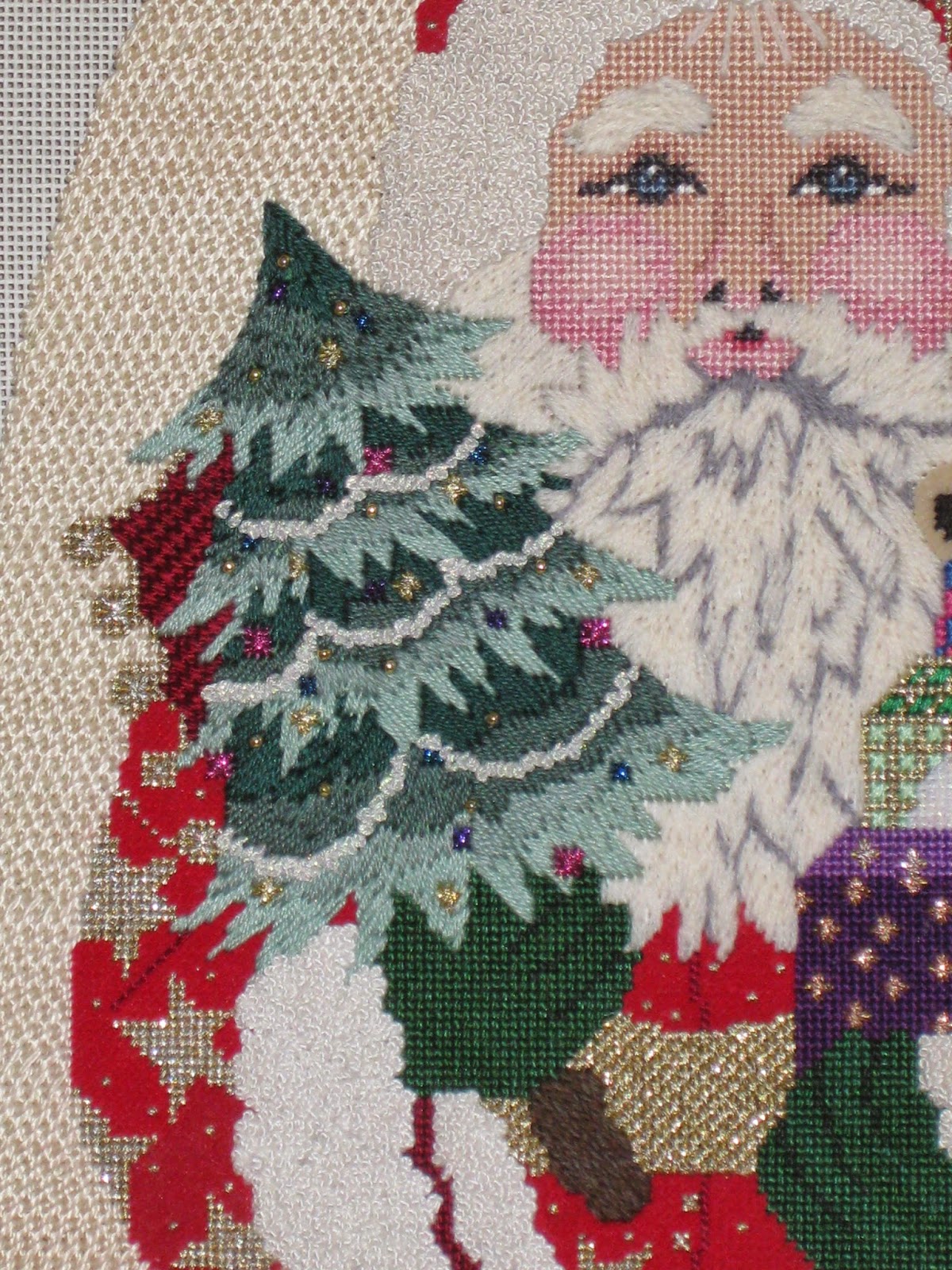 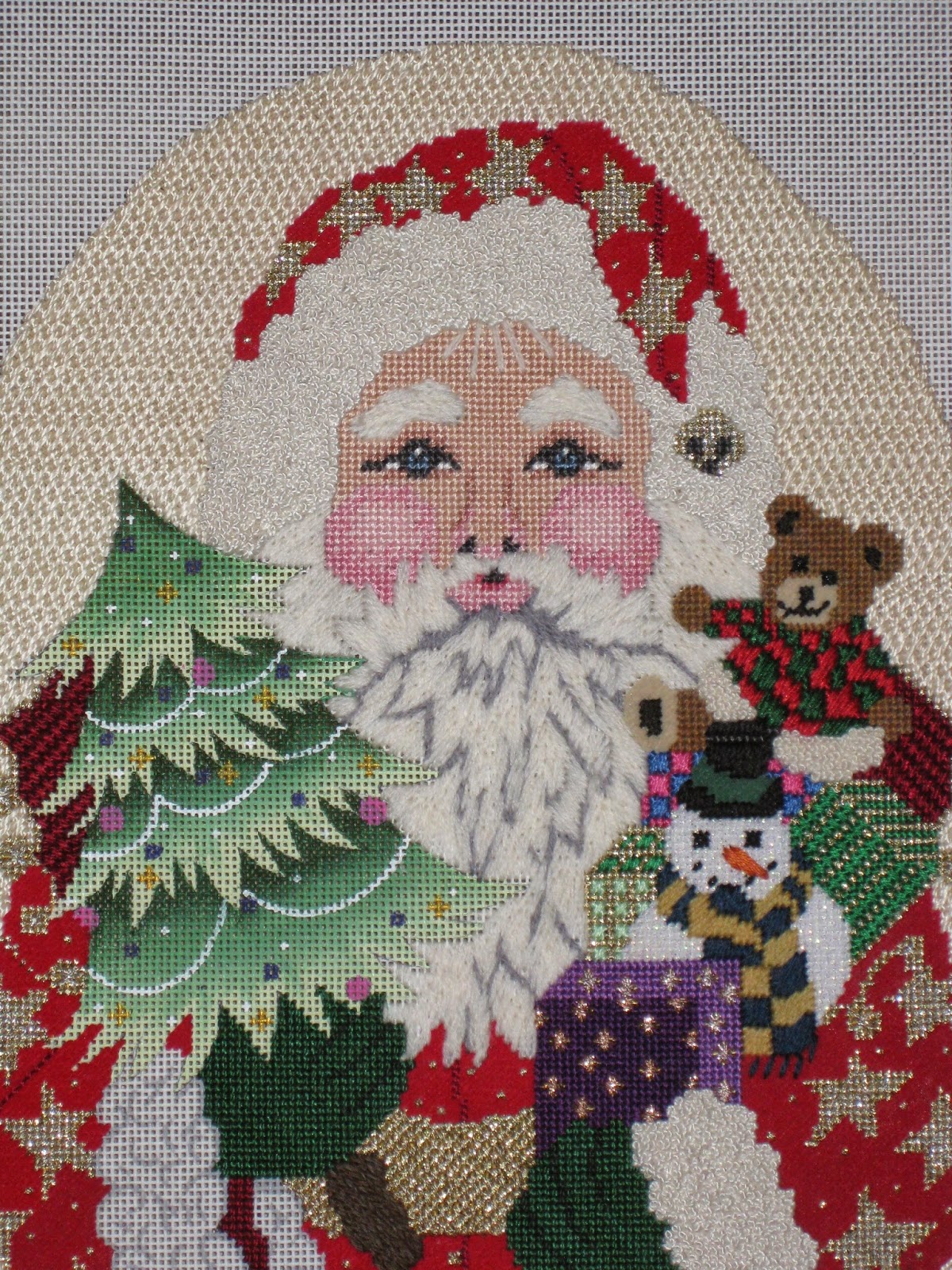 It's been way too long since blog readers have seen this jolly fellow:  an Amanda Lawford Santa.  I started stitching him well over a year ago and had made great progress until I came to a screeching halt.  Not for lack of enthusiasm about the project, mind you, but overwhelmed by the size of it.  I had previously finished two very large projects, the Peaceable Kingdom angel and the Toyland Rocking Horse, when I picked up Santa.

All but the tree and the bow on a present was completed when Santa got sidelined in my office/studio.  I just plain ran out of steam!  Feeling incredibly guilty, I picked him up again recently in hopes of finishing him this year.

The bottom photo shows the tree as it was painted.  It's now been worked with four shades of Impressions in a combination of satin and long/short stitches.  Two strands of Impressions were used throughout to let the tree hold its own against Santa's substantial beard.

French knots of Kreinik #12 tapestry braid 032 form the garland.  Hot pink, purple, and royal blue Kreinik braid were worked in Smyrna crosses and a Leviathan variation for the ornaments.  And yes, Virginia, those little sparkles of gold really are beads!
Posted by Anne Stradal at 6:27 AM 2 comments: 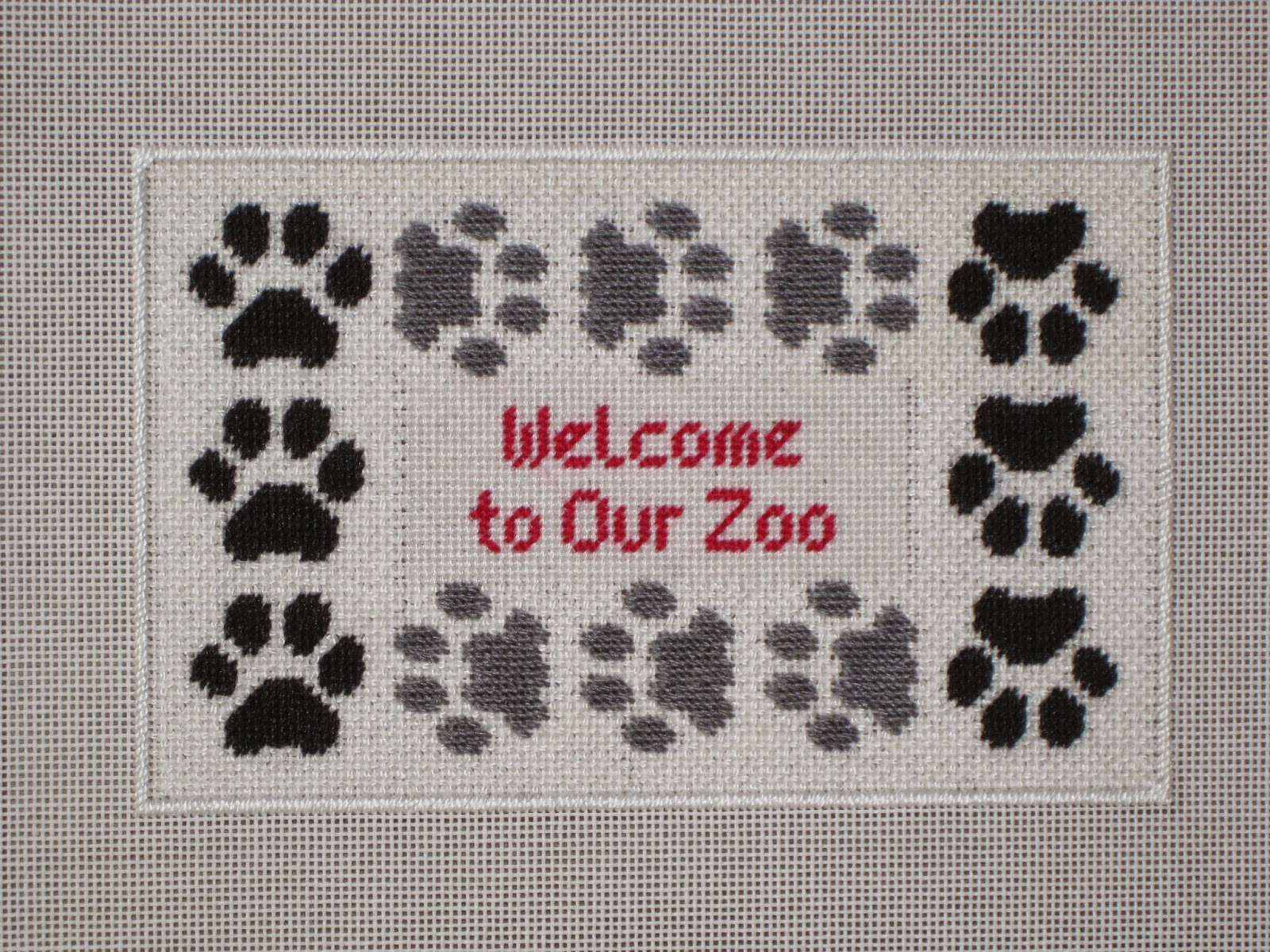 It's done!  The last paw prints were added and the lettering worked in DMC floss 321.

The final step was to add a border of slanted Gobelin stitches with DMC #5 perle cotton to make finishing a little easier.  I visualize a red velveteen backing and cording for this piece to accentuate the lettering.

As the owner of my LNS pointed out to me some time ago, I'm a big fan of black and white--there's something really crisp and clean about the combination!
Posted by Anne Stradal at 6:23 AM 1 comment: 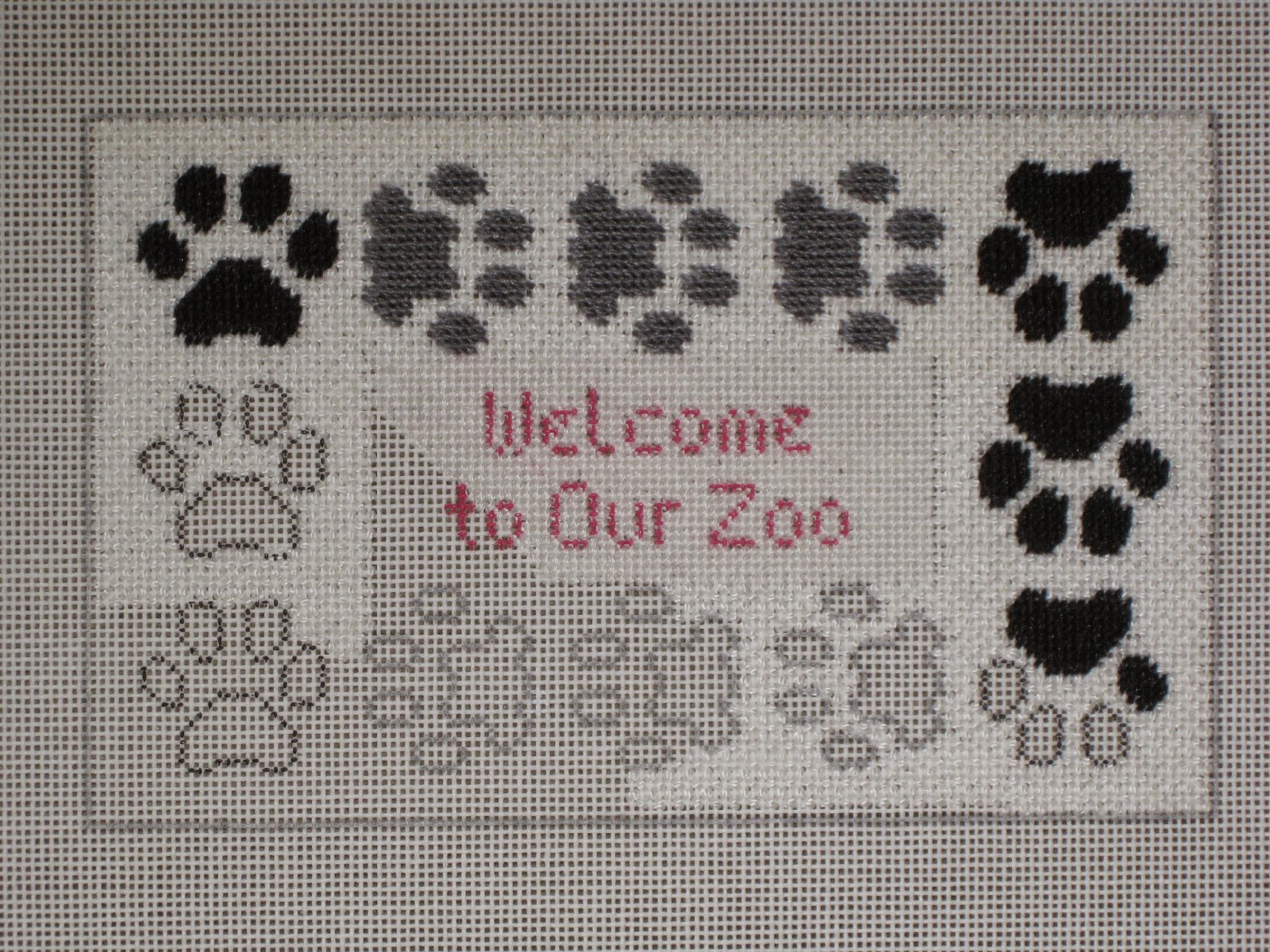 Guesstimating that about two-thirds of this canvas is now done.

With more of the inside basketweave background completed, you can see more clearly the distinction between it and the T-stitch outer border.  The weight of the threads in each area also comes into play:  I'm using three strands of floss for the basketweave but #5 perle cotton for the outside.  It's a simple yet effective way to create a border.
Posted by Anne Stradal at 6:01 AM No comments: